For over 20 years we have advocated a “Fat as your Fuel” approach to Sports Nutrition and performance.

And over this time Vespa has yielded results all the way to the highest pinnacles of sports. From the Marathon to Figure Skating Vespa has helped athletes achieve Olympic Gold, set world and course record and win competitions. . .

However, this success is not limited to elite athletes as Vespa has yielded results for athletes of all ages, genders and abilities so they can reach their health & performance potential. This is our commitment to YOU, the athlete; RESULTS!

Because we are focused on getting you results with a natural product that works with your physiology rather than the ‘shotgun’ approach of lots of carbs we have failed to develop the data to corroborate these results.

While any current Vespa user ‘knows’ Vespa works and doesn’t need a published study to tell him/her something they already know, most people have been ‘sold & told’ into a belief they need a lot of exogenous calories to fuel their exercise rather than realize Nature intended them to tap into their own unlimited onboard energy.

Science has become a religion. Doesn’t matter if it’s good science or bad science because the consumer really cannot tell the difference! It’s a belief system that the science we see and study trumps all without recognizing how narrow our focus is and how much we really do not know nor understand of Nature.

Unfortunately, this is the way the game is played but, fortunately, our results are on the radar of some researchers. Based upon the initial findings I am going to share with you today, they want to learn more. 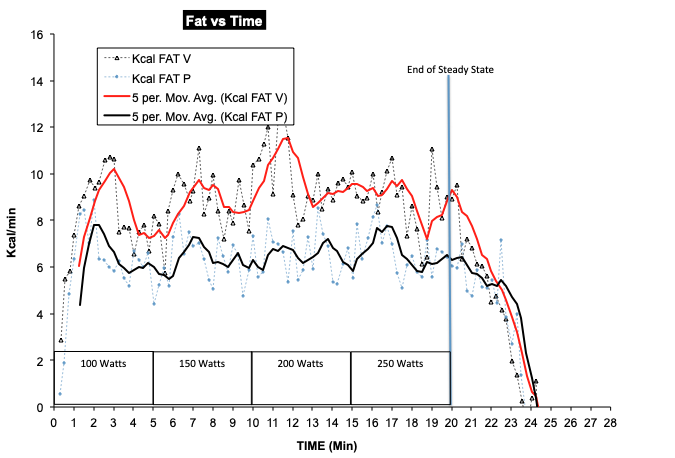 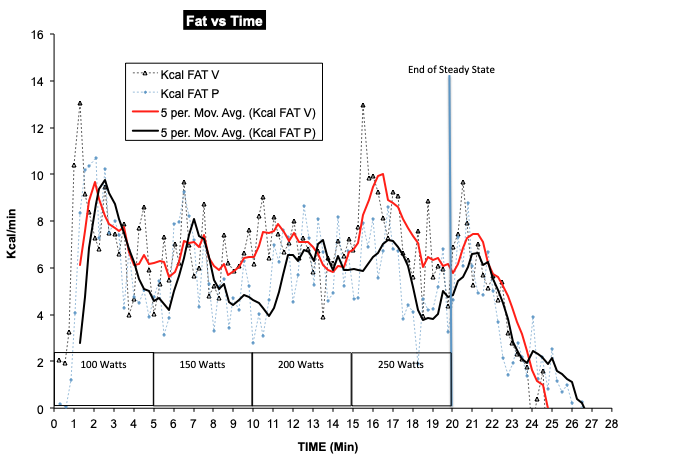 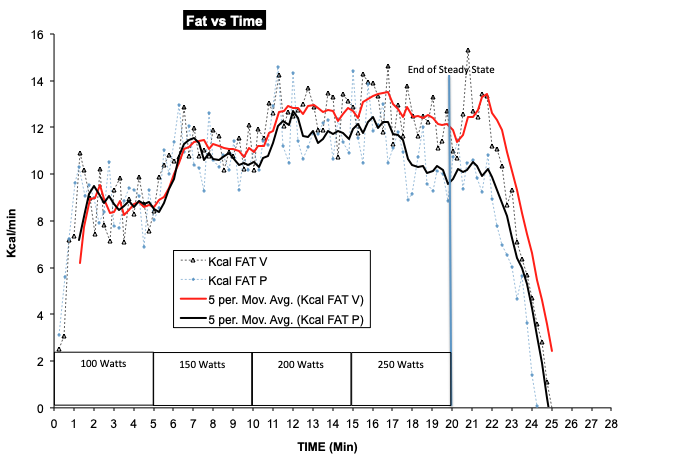 This is unpublished pilot data, but it is the kind of data that has the lead researcher committing to a study. An athlete himself, he was blown away and literally said; “There is no supplement that does this!”

So if you look at the 3 graphs above, the red line is Vespa and indicates a higher rate of fat oxidation using Vespa over the placebo...and that is not all! All three subjects were able to reach a higher VO2 Max when using Vespa!

This pilot data demonstrates Vespa’s effect is not a placebo but, as Vespa users know, proves there is nothing out there quite like Vespa, a natural catalyst to tap into your unlimited energy; Fat. Based upon this data the planned research should deliver data consistent with the results Vespa athletes experience.

There is other data out there we have seen but cannot share. It is consistent with this data so mark this spot and get connected to us on Facebook, Youtube because we will have more data along with our pioneering fat adaptation content to share with you in the coming months.

If you want to connect to us via email click on the button below:

Get the Latest from Vespa and OFM

Leave your details to get our regular information about Sports Nutrition and Fat Adaptation for free: