Keto + Carbs = Fat-Adapted PERFORMANCE! – How is this possible?

So being Fat Adapted means that carbohydrates are ok?

YOU!, the Fat Adapted athlete, are a completely different animal compared to the hardcore keto or conventional high-carb athlete. An animal that is metabolically flexible and adaptable to any situation because of your robust OFM physiology.

While OFM (Optimized Fat Metabolism) is based on a ‘Foundation’ of Nutritional Ketosis, this is just the beginning of the  OFM performance curve and where the extremes both the keto camp and the high-carb camp fail to address the realities YOU face in daily life as an athlete. Here are some common challenges:

It is time to challenge the binary thinking. You are not Black / White, Yes/No, On/Off, 0/1, Hi-Cab/Keto, HIIT/Cardio . . . YOU are a complex matrix that make you an Individual and not a commodity called a target audience!  So why should you identify yourself as ‘keto’, ‘paleo’, ‘plant-based’, ‘hi-carb’ ?

This brings me to the heart of this blog episode. As one of the pioneers and innovators in fat-adapted performance what I have consistently observed in working with hundreds of athletes is this:

So once you establish that ‘Fat-Adapted’ Metabolic State, the base of the OFM Pyramid, then  build your aerobic capacity to its potential, you can actually tolerate some concentrated carbohydrates in both your diet and fueling so you can get that performance ‘punch’ carbs are known to provide without the ‘unintended consequences’ of a chronic high-carb diet.

The amount and timing varies and is highly individualized for the athlete and sport but it generally surprises athletes coming from the ‘keto’ or ‘paleo’ camps just how much they can consume when strategically timed for their training and/or competitions.

So what is the relationship with being Fat Adapted and using Carbohydrates?

I’ve had people not want to use Vespa because it has 4 grams of honey because they have been brainwashed into thinking they have to eliminate all sugar! And then there is the  Keto camp threshold of 50g of carbs/day. The result is sub-optimal athletic performance and even adrenal stress in many athletes who continue to push themselves hard on a strict ketogenic diet.

Meanwhile, in the hi-carb camp, athletes are consuming 300-500 grams per day fearing the dreaded ‘bonk’ if they don’t have enough carbohydrate. This camp is in full-on ‘Cognitive Dissonance’. Like a chain smoker, the carbs will get him/her by in the moment but has serious long-term consequences when done on a chronic basis.

However, I’ve worked with several fat-adapted athletes who are metabolically fit who easily tolerate 400-500g of carbs before a race, they get a huge amount of energy to sustain competition level performance, the energy to win and set records, AND it doesn’t affect their ability to metabolize fat one bit!

Fat adapted athletes can even “be naughty” (think Beer & Pizza) occasionally and get right back into Ketosis the very next day.  Why is that?

What happens is that when you get Fat-Adapted AND Aerobically fit your carbohydrate tolerance opens right up.  The key is getting the aerobic engine built on a physiology that optimizes fat metabolism not a carbohydrate (sugar) based one.   When you build that aerobic base on a fat burning physiology the benefits are huge.

Why is this possible?

OFM is NOT just about energy delivery. Energy delivery is just one aspect. Just as important is our bodies metabolize fat (lipids/lipoproteins/cholesterols) to make, maintain and repair every cell in our body. Every muscle, organ, soft tissue, fascia, hormone, enzyme is composed of building blocks delivered and based upon fats and NOT carbohydrates!

By balancing the focus on both the energy delivery and the metabolic functions of fat OFM continually builds the athlete toward achieving their Health & Performance Potential.

Benefits of being Fat Adapted include:

1. OFM starts by building the cardiovascular system to its potential. Cardio has gotten a bum rap. Because we humans are always looking for convenient, quicker ways to get things done many athletic camps have adopted the idea Cardio development is not necessary and some even believe cardio is ‘bad’ or ‘unhealthy’  without questioning the science.

Our results-based work with athletes has given us a completely different viewpoint on cardio, which got me questioning the science and thinking why some camps dismiss cardio…..they actually have a valid reason to question ‘chronic cardio’ and here is why: 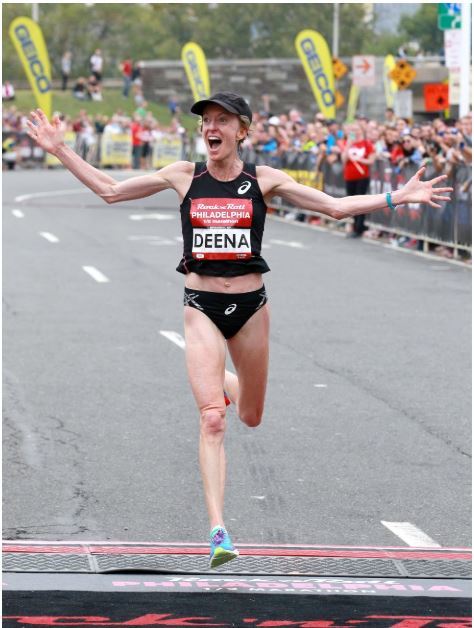 The body of science on cardio is based upon a hi-carb diet…..

Are the issues surrounding cardio based upon doing  cardiovascular exercise itself or is it due to doing a large volumes of exercise using massive amounts of sugar to fuel that exercise?

You don’t have to be a rocket-scientist to answer that question and this is why so many hi-carb endurance athletes don’t look ‘healthy’.

Bear in mind OFM does NOT favor cardio over HIIT, strength, resistance or other modalities of high intensity training because you need both cardio and intensity blended in a way that is individualized for the athletes sport and lifeload.

In doing so the cell’s capacity for aerobic energy production is increased. This means the cell can burn more fat at higher intensities.

In doing so, REDUCED oxidative stress and production of ROS (Free Radicals), and Lactate load caused by metabolizing a lot of sugar (as glucose). Your cells & mitochondria will love you for this and you will be rewarded through increased performance and minimal damage to your cells and mitochondria.

Arterial distensibility is an all-encompassing term for the ability of the the arteries, veins, capillaries and micro-capillaries to distend to increase their volume and capacity to increase blood flow. Again, this allows more oxygen, energy and nutrition to move to the cells thus mitochondria for aerobic energy generation and remove CO2, waste products and heat out which not only increases performance but health.

On the other hand, high blood sugar and the resulting insulin response create an inflammatory response which stiffens arteries, veins, capillaries and micro-capillaries thus limiting the potential for blood flow, increasing blood pressure and limiting blood perfusion from the soft tissue to the muscles and organs.

Is Glucose Monitoring Really The Key To Your Health?

The Key To Your Best Performance is Learning To Burn Fat

Developing Metabolic Capacity is the Key to Metabolic Flexibility