There remains a lot of scepticism and doubt around fat adaptation for health & performance. Earlier this year a podcast came out with Jason Koop   and Jeff Browning.

In this podcast Jason expresses not only  doubt but, at times, dismissiveness about the results Jeff Browning is experiencing from optimizing his fat metabolism. At the ripe, but not overripe, age of 48, Jeff is one of the top 100 Mile Mountain Ultra Runners in the world and has made a remarkable comeback to be a dominating competitor since making the switch to OFM 5 years ago.

Jeff swears by the OFM protocol. His results speak for themselves. This includes using Vespa. Jeff discusses data showing he is able to burn up to 2.22 grams/minute using Vespa in a fasted state on a VO2Max test!  Unfortunately, deep scepticism remains.

While listening to the back and forth it dawned on me that most people focus on the immediate and obvious rather than examining the underlying, taking a look under the hood then unpacking it all to gain a broader and deeper insight into the complex matrix of physiology.

This is EXACTLY why sports is stuck in the conventional paradigm of using massive amounts of carbohydrates…..when the original study on Carb Loading Study came out in 1967 the actual protocol included carbohydrate restriction in conjunction with carb loading, but, like the game ‘Telephone’, the message got garbled and the entire focus has shifted to the use of carbs. This has led us down a slippery slope because, without examining the underlying physiology and finding the balance, too many carbohydrates shifts the physiology to depend upon glucose as your primary energy source which everyone knows is not sustainable.

What is the Mitochondria

Mitochondria literally are your cell’s energy powerhouses. This is where the ‘Magic’ happens to produce ATP for the energy that powers your performance. The mitochondria not only keep your body alive but are key to your underlying health and performance. 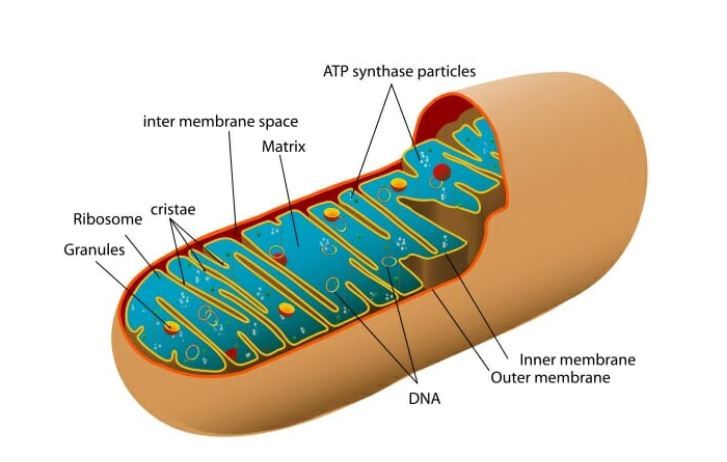 Why is Fat Adaptation so Important to your Mitochondria?

So, let’s frame the scenario with the mitochondria in mind. The immediate issue for the athlete is energy delivery. Second, is the type of fuel; glucose (carbs) and fat (fatty acids, ketones & even glucose via gluconeogenesis). Your mitochondria ‘knows’ how to utilize both to produce energy.

Because we’ve been “Sold & Told” into thinking we need all these external carbohydrates to fuel our training and competitions, the mainstream view tilts strongly toward carbohydrates, so much so that our body’s make a physiological shift to become dependent upon carbs for our energy. So, the obvious difference between a carb-dependent athlete versus a fat-adapted one is a carb dependant athlete is reliant on glucose an unsustainable source while the fat adapted athlete is ‘fuel-flexible’.

This is the first underlying layer for making the case for fat-adaptation; going from an unsustainable energy source to a sustainable one.

However, when we look at the underlying physiology beyond what’s immediate and in front of us (in this case, energy delivery), there are much more compelling reasons for optimizing fat metabolism in terms of performance and mitochondrial health.

On a mitochondrial level, metabolizing a lot of glucose creates a lot of oxidative stress. When this is done at serious levels, as carb-dependent endurance athletes tend to do, this can have huge long term health implications which can manifest in the following ways:

In the fat-adapted athlete the principal source of energy is derived from fat via beta-oxidation which is a pathway of minimal oxidative stress. The fundamental shift to fat as fuel at the level OFM athletes experience has profound effects on reducing oxidative stress on the mitochondria. This is seen in the remarkable ‘recovery’ rates OFM Athletes experience which has more to do with damage prevention than actual recovery. However, there is more, a LOT more . . .

The metabolism of Lipids and Lipoproteins supply the substrates for the walls and the supercomplexes in the mitochondria, from, ironically, LDL Cholesterol.

Carbohydrates do not cause mitochondrial biogenesis nor increase mitochondrial density. Carbs  burn mitochondria plain and simple. Does this mean we eliminate them from our diet and fueling? Of course not! Carbs are an important energy source for competition level performance and the high level training actually necessary to optimize fat metabolism (OFM)!

OFM allows Carbs to be your friend

And here is the underlying bonus of fat adaptation as it relates to using carbs and mitochondria…. by increasing your mitochondrial numbers, size and density you have more mitochondria to take the brunt of burning glucose for those surges into threshold and anaerobic spectrums of your energy metabolism when competing. You can actually gain a bigger and more sustainable burst of energy from the carbs because of the robust mitochondrial health from fat metabolism!

In other words, when you have the level of mitochondrial health obtained through optimizing fat metabolism you can actually use the carbohydrates strategically to get that extra performance boost you need WITHOUT the damage and long term side effects.

My Team and I are continually developing the OFM (Optimized Fat Metabolism) program/protocols with an eye on optimal mitochondrial health. I have kept it simple today.

To tell you the truth I’ve recently been reading up on mitochondrial supercomplexes and their interactions but this is outside the scope of today’s vlog but crucial in our work to deliver cutting-edge content to help YOU reach your health & performance potential!

The Journey to True Metabolic Health