Are your current paradigms limiting your health and performance?

Breaking through the Conventional Paradigm of Health & Performance that keeps YOU stuck from achieving your potential!

Today I want to talk about breaking through conventional paradigms. This is actually as important in making a paradigm-shift as is recognizing the new paradigm and taking action to embrace it.

Humans possess a ‘Higher Power’ to think, reason and act rather than react. Our thoughts are driven based upon the information available. When that information is based upon actual facts we change for the better, however, when that information posited as fact yet is wrong, mis-leading or skewed to meet ulterior motives, we become further entrenched in the conventional paradigm.

Today though we are flooded with information giving us precious little time to think. This flooding overwhelms us, actually triggering fear, including the cortisol response. This fear response works to keep us ‘safe’; safely stuck in habits we know precisely because we ‘know’ them versus the ‘unknown’ a new paradigm, by definition, presents.

This is the same type of propaganda that currently drives elections.  This is the dogma that keeps the world’s religions and their believers at odds with one another rather than embracing a Higher Power, a spiritual calling and a oneness with the Divine.

And this is how fear is marketed to us. Marketers ‘know’ this, especially when it comes to our personal health and safety. Is it any wonder so many of us cling to the dogma that cholesterol & saturated fat clog your arteries and gives you heart disease or salt drives high blood pressure and that carbohydrates are your principal energy source.

Marketing’s goal is to get you to buy into something.  It is not necessarily ‘bad’ or ‘good’. We tend to look at marketing in the commercial sense but it can take on many forms. As an example, courtship is, in essence, marketing.

But today, my observation is most marketing is what I would term as ‘reactive marketing’ which leverages primitive animal hard-wiring rather than our higher Human Power.

Because we are ‘Sold & Told’ a simple convenient message, Openness & Curiosity to an alternative we are not familiar with and need to learn more about cease. The default is the convenience of the same ‘in the box’ solutions, which, in fact, are band-aids for real solutions.

This entrenches us in the conventional paradigm which is rife with chronic diseases unique to ‘Modern’ man and their expensive acute medical interventions which trump low cost evolutionary biology. We accept this as normal when it is anything but.

We talk about it. We complain about the cost, however, in the end, the Confirmational Bias of Fear rules the day and we acquiesce to coverage because to avoid it means either death or financial suicide. We become trapped in a paradigm of our own creation.

Even athletes are not immune from the ravages of the conventional health paradigm. That’s right, being able to complete an ironman or run a marathon or ultra or deadlift 500 pounds doesn’t mean you are metabolically healthy. If you look around so many athletes who struggle with energy issues (bonking), GI issues, and slow recovery. These issues are so prevalent they are seen as ‘normal’ while there are a host of products being offered with the best of intentions as band-aid solutions that get the athlete to the next gel, bar, or energy drink before he/she ‘bonks.’ 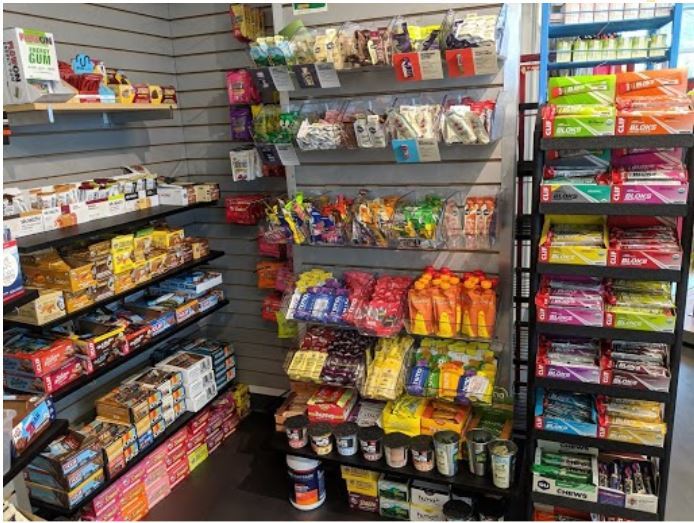 Challenge yourself to find out more

So, if I haven’t convinced you by now that the current carbohydrate based paradigm for sports performance has serious flaws you might want to challenge yourself.

The good news is we are capable of making that leap when we have the motivation, information and inspiration. We go for the simple because, well, it’s simple and convenient. Perhaps we need to investigate further the information which challenges us. The one that does not fit our belief systems and forces us to examine, inform and think. Let’s start with the basics.

What exactly is a paradigm shift?

A paradigm shift is a major change in the concepts and practices of how something works or is accomplished. . . Sounds logical, right?

What causes a paradigm shift?

Paradigm shifts arise when the dominant paradigm under which normal science operates is rendered incompatible with new phenomena, facilitating the adoption of a new theory or paradigm.

That ‘science’ can start with you and your observations on your experience as an athlete. Do you bonk? Do you need to constantly eat? Can you fast? Do you have GI issues or take days to recover from a race? Always remember, ‘Science begins with observation…’

A paradigm is a person's frame of reference. A person's paradigm is how they see the world based on all the information that they have gathered and the beliefs that they possess. If we use the metaphor of a computer processor , a paradigm is like the operating system. In terms of our health and performance the paradigm shift is OFM.

It’s time for a radical upgrade back to the system Nature developed and perfected. OFM is based upon the science of evolutionary biology to get you back to burning fat as your fuel to reach your health & performance potential.