Transform Your Metabolic Health
in 28 Days or Less!

Reset Your Metabolism and tap into the incredible benefits of intermittent fasting and fat adaptation.

**Note:  This program has never before been available to anyone outside of Peter's private coaching clients.**

Are you tired of Bonking, GI Issues, Slow Recovery and Muscle Soreness when you perform?

FACT:  These things are accepted as normal for an endurance athlete but they are not normal and not even necessary

Do you hate the dreaded bonk?  Do you love to race but grimace at the thought of the gut and digestive issues that are a side effect of it?  Does it take you over a week to return to the normal pain free you, and how long does it take you to resume normal training?

Firstly, we get it.  We all have been through it because as athletes we have been told that "this is the norm".

Well what if I told you there was a better way.

What if I had example of example of athletes who never bonk or puke, and have even gone for a hike the very next day after an event?

How is this possible?

It is quite simple, the key to your optimum performance and health is not extra training nor is it heavily reliant on intricate dieting, or taking lots of supplements.

The key is to restore your body back to our NATURAL metabolism.   When you are metabolically fit, your body will not be reliant on high caloric gels and foods, but rather what we are meant to burn - FAT.

When you are Metabolically Fit you will enjoy the best of health, and you will notice an improvement in your performance.  Additionally, unlike many athletes who have poor immunity, the Metabolic Reset will build up your immune system.

Are you ready to feel fitter, stronger and younger?

28 days to get your body back to it's optimal state, without ridiculous macro monitoring, or regimental dieting....... This is a proven, all-in-one course to help you reset your metabolism, and experience metabolic freedom.

A little bit more on what you get when you sign up...

You will receive a daily message from Peter as you embark on this journey.  Peter has distilled his 20+years of experience and proven work with athletes into this training.

You will be able to share, encourage and ask questions.

JOIN THE LIVE CALL SESSIONS WHENEVER THEY ARE RUN

In addition to the video training and community, when we do a live promotion of the Metabolic Reset (twice per year) you will get access to the 4 live calls with Peter and his coaching team, where you can ask any question and get any support you need. 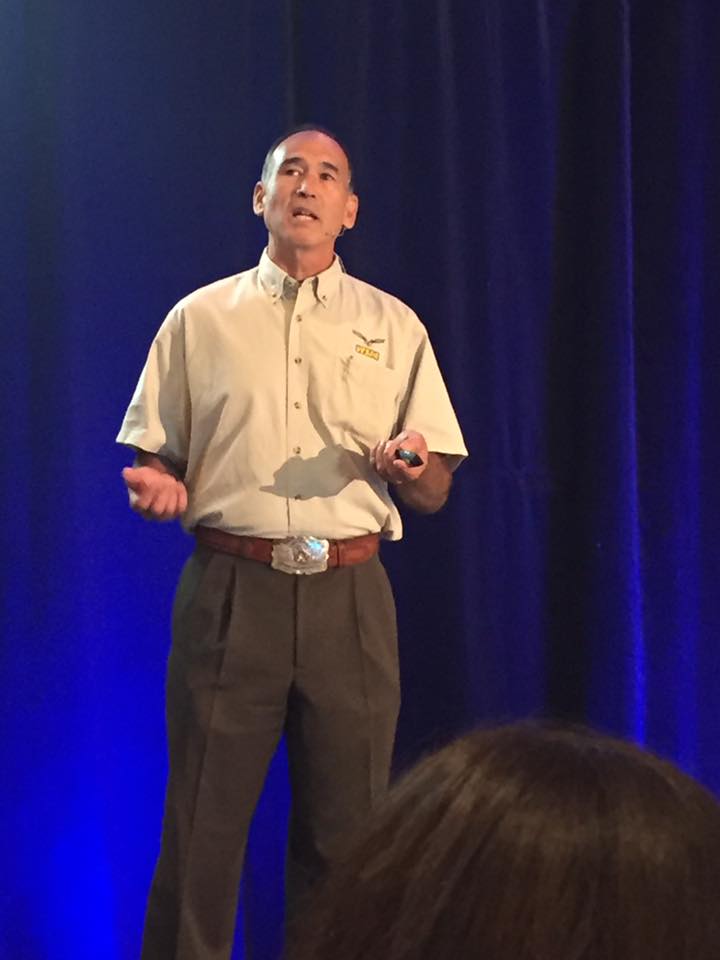 Peter is one of the pioneers in fat adaptation for performance. Like any true innovator Peter was roundly ridiculed and dismissed by the "experts" even though athletes were consistently winning and setting Course Records at many of the most prestigious ultra-endurance competitions utilizing the OFM approach. In 2010  Doctors Stephen Phinney, MD / PhD and Jeff Volek RD / PhD , two of the World's leading researchers in Ketogenic Diets, took notice and made a point to discuss Peter's work in "The Art & Science of Low Carbohydrate Performance" as well as use his pool of  OFM athletes for the ground-breaking "FASTER" study.

Data emerging from these studies is corroborating what Peter and his athletes have been saying for years regarding the competitive edge of a fat-fueled performance approach and actually challenging what current science says is possible. 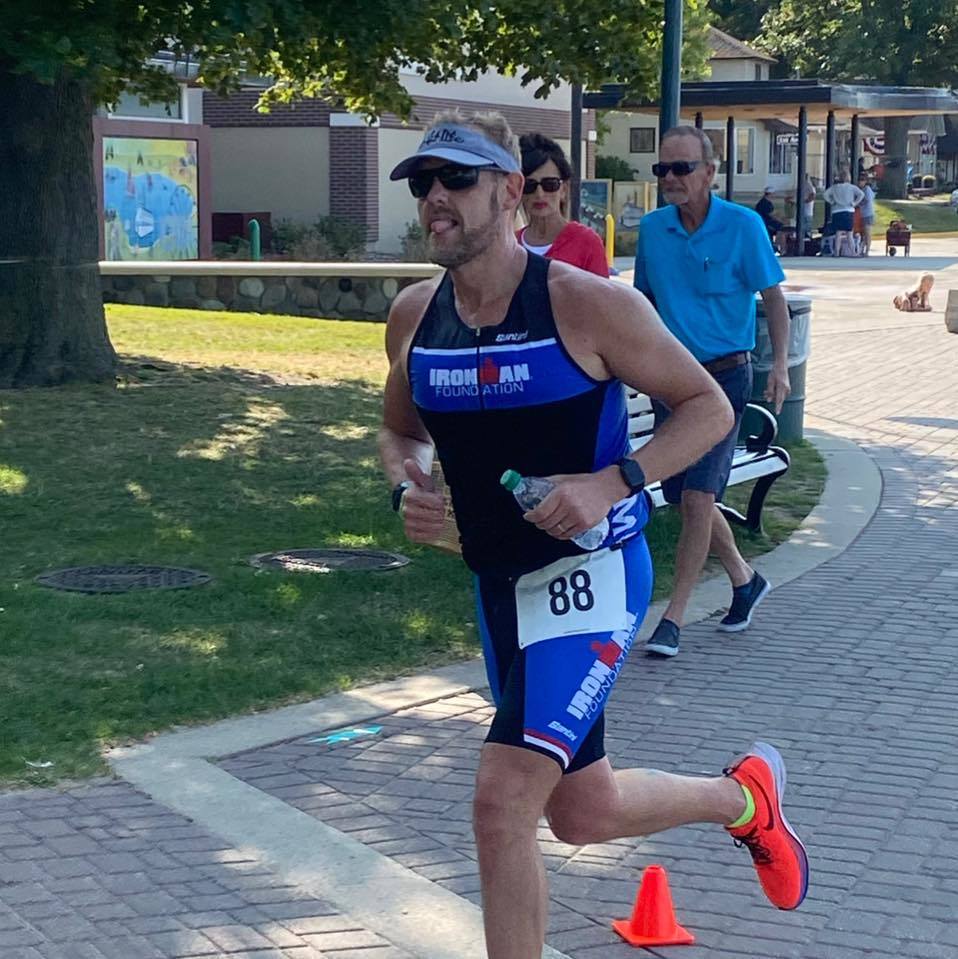 Stephen picked up running and endurance sports in late 2010 after realizing that a life chained to a desk was not only unhealthy, but did not allow him to be the energetic and health father and husband he wanted to be.

Since then he conquered multiple 50K trails, 44 milers, The Rim to Rim to Rim, The Hawk 50 mile, and countless marathons, along with completing the Ironman. He has also achieved Boston Marathon qualification standards.

Stephen credits his training with Peter and the OFM way for his highest levels of success. So much that he became an OFM coach and now heads the OFM Coaching program along with Peter.

Not only does Stephen have extensive knowledge and coaching skills in the OFM way, he has personally experienced the life changing transformation that OFM has to offer.

Athletes all over the world are using OFM and Vespa... here are just a few of their stories...

"I just want to take a minute to thank you for all you did for me over the summer. I did well in West Virginia knocking 45 minutes off my time from last year and qualified for Lake Tahoe. As you know, the conditions made it difficult. I finished 7th in my age group and many did not finish. I am very pleased with my progress! I feel that being fat adapted played a huge role in helping me push through the cold, though terrain and more difficult obstacles. I did not have to stop often to fuel up and I had plenty of energy to tackle the climbs. I am going to keep it up and keep working hard. My goal next year is top 3 in Tahoe!! Thank you so much!"

From metabolic syndrome to breaking his PB after 16 years.

"2 years ago I was in full metabolic syndrome. At the urging of Dr. Mark Cucuzzella, I started down the path of fat adaptation, the only treatment shown to reverse metabolic syndrome...24 months later...after completing two 70.3’s as fat adapted, I’m never going back to a standard diet. It was my performance in the two half Ironman’s, including breaking a 16 year PR, that convinced me to move up to a full. ‪ What has worked well in racing and training is a packet of Vespa conc. and a serving of Ucan every 2 hours. Thanks for and incredible product that has taken me from a middle of the packer to a contender."

Marathon winner thought Vespa/OFM was a gimmick until he tried it.

On a good day, I burn more fat and don't need to eat so much, saving my stomach. On a bad day it lets me ride out nausea and avoid major bonks long enough to get over rough spots. It's become my insurance policy against a bad race, and I couldn't imagine going without it anymore.

Thank you Peter and thank you OFM!

Brought to you through daily, easy to digest videos and assignments straight from Peter to you:

This course comes with our 300% guarantee. If you do 100% of the things we'll teach you, 100% of the time, and you still don't feel like this was worth more than you paid, you'll be given 100% of your money back, no questions asked.

Is OFM going to be too hard for me?

The underlying theme to the OFM program is, in a word, “balance”. Whether you are looking at the stomach & gut biome, hormones, Omega 3 to Omega 6 fatty acids, macro-nutrient profile, training versus recovery, water to electrolytes, balancing your life load to your training load, achieving a balance is in play.

Is OFM bad for exercise?

During the first couple of weeks when you are switching from a compromised physiology to OFM, your training capacity will most likely be reduced. After a couple of weeks of adaptation most OFM participants are able to return to a normal training or exercise level. They note sustained energy , more focus and improved recovery, however, at this point many lose or do not experience the explosive power they expect. This is developed in the Adaptation Phase where we develop both power and stamina.

Doesn't my body and/or my my brain need carbs?

Need external carbs? . . . technically no.What separates OFM from Keto and Low Carb is once we get the athlete metabolically shifted to buring fat as fuel and build their aerobic capacity & threshold as well as their overall cardiovascular Carbs are brought back in 'Strategically' to provide that quick burning energy on top of a massive aerobic fat burning base. Through optimizing fat metabolism for performance and health the body can produce and metabolize all 3 principle energy substrates; fat, ketones and glucose. Through this optimization the liver even synthesizes glucose from fat to meet the metabolic need. This dramatically reduces the dependence upon external calories as a significant source of energy.

Can you get nutrient deficiencies eating OFM?

NO! OFM actually devotes the 2nd Tier of the OFM Pyramid to 'Nutrition NOT Calories to address this issue. You will learn how to replace the junk, nutrionally empty and inflammatory foods currently in your diet with nutritious foods to achieve dietary balance. And while it is theoretically possible to get all your nutrition from food the reality is most people do not have a lifestyle which facilitates the balanced nutrition of OFM or won't consume certain foods like liver, etc. To cover these gaps we've developed the OFM supplementation protocols. We don't recommend a plethora of confusing supplements, only the one you need to fill in the gaps so you can perform optimally. After two decades of pioneering fat adaptation we .

Does OFM cause ketoacidosis?

No. ketoacidosis is a rare and dangerous medical condition that mainly occurs in people with type 1 diabetes if they are ill. OFM will have you in in and out of a state of nutritional ketosis but OFM is not a Keto Diet. OFM is much more. Ketosis is a natural and safe state for most people under full control of their diet and training.

A personal note from Peter...

Hey Friend! I am excited at even the prospect of having you in this program. I have dedicated my life to helping athletes such as yourself experience the best level of performance possible, and a balanced lifestyle that leads to happiness, success and a whole lot of fun. This program contains decades of research, study, testing and proven results, and I'm so excited to be able to offer it to you in this fashion! 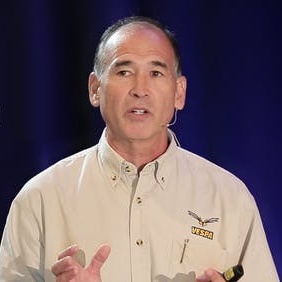